This year marks 100 years since women first won the right to vote in the UK and the 90th anniversary of the Equal Franchise Act. There is no better way to mark these historic occasions than by building on their legacy and continuing to improve and encourage democratic participation.

As part of our Encouraging Resilience programme, ICIC in collaboration with Faiths Forum for London (FFL) delivered a 5 Day bespoke programme around democracy development in the UK, which ran between 2nd of July - 6th July to encourage young leaders to participate and engage with Democracy. The programme provided participants with training to equip them with the knowledge and skills to empower them, as well as the opportunity for participants to engage with senior policy makers and departments, key stakeholders working in the heart of our democracy such as:

·    The Ministry of Housing, Communities and Local Government

The first day was designed to setup the participants for the week ahead learning about leadership skills and about ourselves as individuals interacting with others.  The workshop was designed to be interactive to increase communication and team building skills.The session was around 'self-awareness' and ‘the other’ by understanding the different personality types. This looked at the way different people extract and convey knowledge and the need for self-reflection as a tool of progressive personal development.

During the first workshop of the day participants were introduced to key principles for creating and leading a successful media campaign, and taught how to effectively engage with different forms of media. Real life case studies provided the participants with an opportunity to look at effective campaigning, and at the same time to analyse campaigns that failed to interact successfully with the media and the public. The participants were also involved in mock live interviews to build their confidence in front of cameras.

The second workshop was conducted by a former senior civil servant and taught the participants some basic rules for engaging effectively with Ministers and officials in government departments, in person, on the telephone and in writing. It concluded with a section on the principles of writing persuasive funding applications.

The afternoon session took place inside the Houses of Parliament. The group was hosted by the All-Party Parliamentary Group on British Muslims and was met by Baroness Sayeeda Warsi (Conservative) and Manchester MP Afzal Khan (Labour). This was an opportunity to delve into the working life of a Parliamentarian, learning more about their career path, struggles, causes and experience of Government and Opposition. The meeting gave the participants a chance to engage with elected MPs and an opportunity to pose questions.

Day 3: the Ministry for Housing, Communities and Local Government and St Paul’s Cathedral

The group was visited by civil servants from the Ministry of Housing, Communities and Local Government. The workshop looked at how government can better understand minority communities and support integration, and provided an insight on how strategies and consultations are undertaken in order to deal with such issues. The participants were also introduced to the Integrated Communities Green Paper launched by MHCLG and were able to critically evaluate key points in the strategy such as community engagement, integration, local government and hate crime. This exercise helped build critical thinking, confidence, communication and presentation skills.

The afternoon workshop took place at St Paul’s Cathedral; it examined faith organisations and how they play a role in safeguarding communities. The main section of the afternoon was a workshop on the charitable sector and social justice. This gave participants vital insights into faith-based social action and how this underlies various social justice campaigns.

"I'm really grateful for the opportunity to participate in the programme and would like to thank you for putting a wonderful programme together, this was life changing"

This day was spent at the Cabinet Office in Whitehall, arguably the second most powerful government office in the UK after 10 Downing Street. The participants were met by senior civil servants and welcomed by the Director of the Constitution Group who conducted sessions on voting and how democracy works, life in the civil service and career paths within the public sector.

The afternoon session took a more detailed look at effective ways of writing a funding bid. The participants were introduced to the processes of various applications and shown how to increase the chances of receiving a grant.

“I am definitely telling my friends about this, this should be taught across universities”

On the final day of the programme the participants visited No 10 Downing Street and met senior advisors to the Prime Minister. They had the opportunity to discuss the Integrated Communities Green Paper and give feedback on the emerging integration strategy. They were also given a tour of the building. The overall aim of the day was to allow the participants to demonstrate the increased self-confidence and presenting skills gained during the week.

In the afternoon the final exercise of the programme was designed to give the participants a chance to use some of the skills acquired during the week. They were divided into four groups and each participant pitched their campaign or project idea to their group. After all group members had had the chance to pitch, the group decided which idea to adopt. The

second stage of the exercise required each group to write up a proposal and present it to all the participants, followed by a question and answer session.

The proposal had to include a reason for choosing the desired project, background on the issue and an explanation of how the proposal sought to address it. It was expected to examine other projects dealing with the same issue, whilst highlighting the uniqueness of their approach to the topic. The group also had to justify costs and explain the sustainability of the programme they proposed to deliver.

"What a spectacular project" 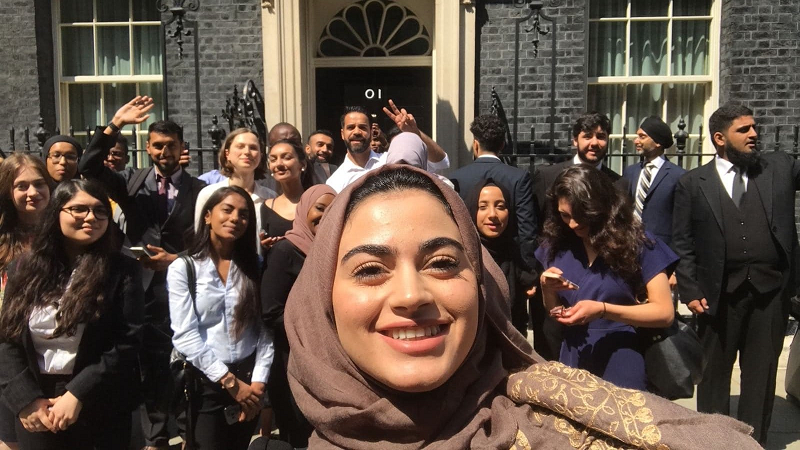